Who are the “godfathers of AI”?

Who are the “godfathers of AI”?

If you follow latest news about Artificial Intelligence, you will frequently read quotes from the so-called ” Godfathers of AI”. In this post I collected and summarized the 10 most shared stories that made direct references to these godfathers.

The most frequently mentioned AI leaders were:

The most frequently mentioned topics were:

The ” Father of Artificial Intelligence” Says Singularity is 30 years away (futurism.com) – February, 2018

The Godfather of AI Was Almost a Carpenter – Bloomberg (bloomberg.com) – December, 2017

The godfather of artificial intelligence is a Torontonian (torontolife.com) – September, 2017 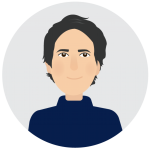